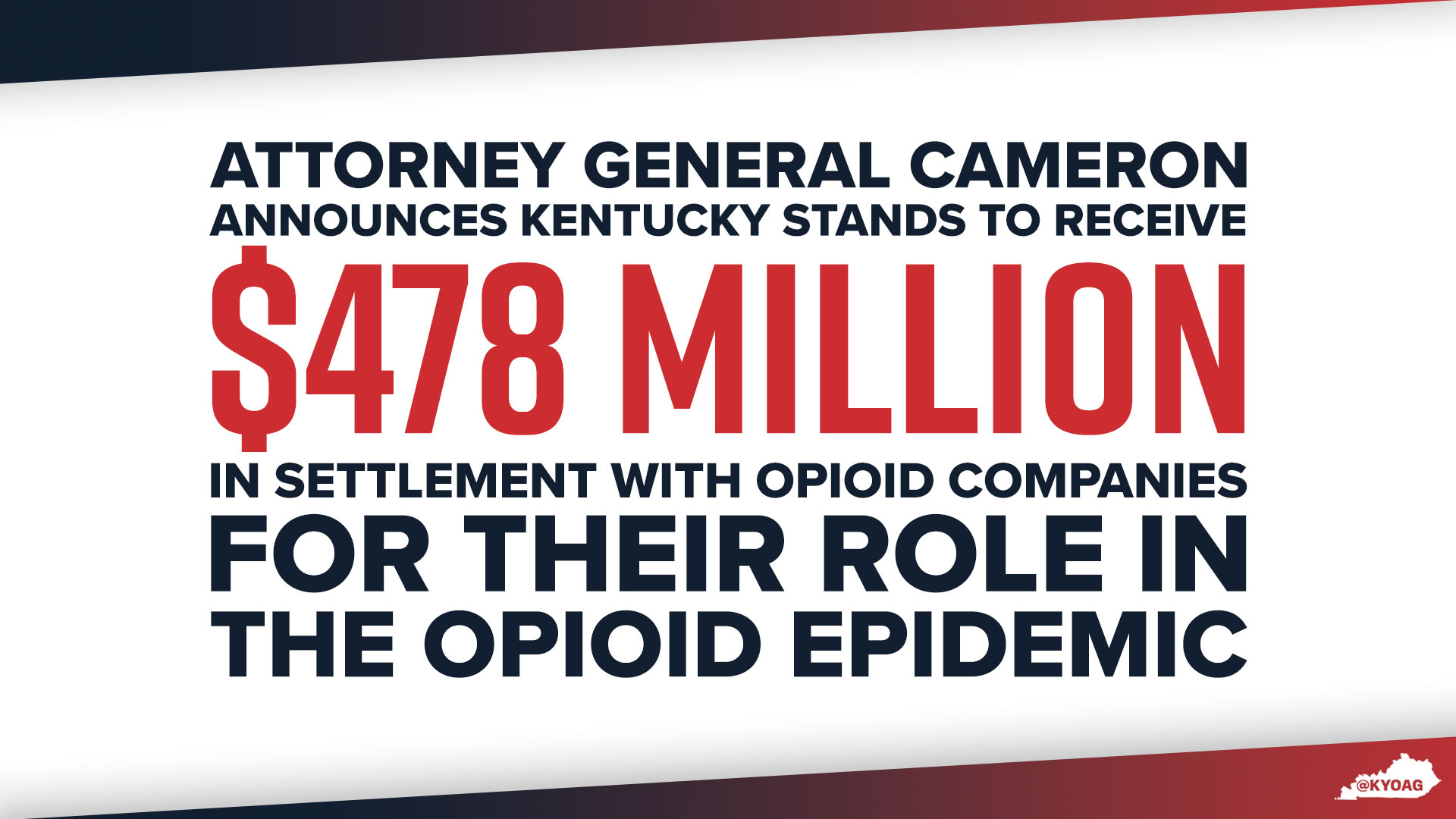 The Kentucky Opioid Abatement Advisory Commission was created by the General Assembly’s unanimous passage of House Bill 427, which Attorney General Cameron supported alongside other legislators, the Kentucky League of Cities, and the Kentucky Association of Counties. The Commission is comprised of nine voting and two non-voting members and includes stakeholders from, among others, the prevention and treatment community, law enforcement, and victims of the opioid crisis.​

The Commission’s purpose is to distribute the Commonwealth’s portion of the $478 million settlement Attorney General Cameron reached, in 2022, with opioid companies for their role in exacerbating the deadly opioid crisis. ​