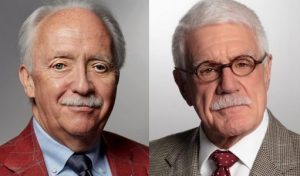 In The Plague Albert Camus was less prescient about plagues to come, or even descriptive of a certain plague among the many that had visited Oran over the centuries, than using that metaphor to describe “plague” inherent in the human reality. Today our reference defines plague as a highly contagious bacterial disease that comes in many forms and spreads globally as our world is interconnected. We want to highlight a plague that kills over 600,000 Americans every year, year in and year out.

That plague is substance use disorder as defined by The Diagnostic Statistic Manual V or addiction to most of lay society. Annually alcoholism kills 98,000 Americans, schedule I (illegal) drug overdose kills 70,000 Americans and nicotine addiction (the most addictive drug) kills 450,000 Americans. Taking liberty, if these deaths were all labeled as addiction their combined toll of 618,000 would be the largest cause of death in the nation rivaling heart disease (noting the causative factor of addictions to heart disease). In comparison, the annual flu has killed between 22,000 and 56,000 in a season with a spike of 80,000 in 2017-18. As we focus intently on the latest plague, mobilize individually and as a nation, Governors Cuomo and Inslee, among others, have mused aloud about bringing the intensity of our Covid-19 response to bear on climate change. The comparison is apt as an article in the New England Journal of Medicine projects 250,000 deaths annually from climate change by 2030. If this call to action is important for our climate, should we not also consider such an effort on an issue that kills more than 600,000 Americans annually?

Our awareness and attention to addiction is not new. In the early history of this country social convention considered alcohol to be an issue of morals. Temperance societies existed across the nation, powerfully allying with organized religion to promote abstinence. In the 19th century the national conscience was influenced by temperance organizations such as the American Temperance Society, and by abstinence groups such as the Sons of Temperance. Dry counties existed in near every state in the union, and North Dakota was admitted to the union as a “dry” state following the lead of ten other States. As late as 1900 entire states and jurisdictions within states considered constitutional amendments voting back and forth to ban and/or allow the manufacture, distribution and sale of alcoholic beverages. While Carrie Nation and the Women’s Christian Temperance Union are the most noted advocates, it was likely more conventional reformers who, standing on the shoulders of a long history of the evils of demon rum, successfully ushered in prohibition with the 18th amendment ratified in 1919. The passage of the 21st amendment in 1933 marked the end of abstinence as a national cultural tenet although certain religions including Islam, Jainism, Seventh Day Adventists, some sects of Hinduism, and Buddhism, and The Church of Jesus Christ of Latter-Day Saints do not condone alcohol. 30% of Americans do not drink alcohol today.

H. L. Mencken defined puritanism as “..the haunting fear that someone, somewhere may be happy”. Those who treat addiction and those in recovery are, as a rule, not puritans, and prohibition would seem to have a long, difficult, uphill climb in the national consciousness. Nevertheless, while annual deaths from Flu are one-third to one-half the deaths from alcoholism and illegal drug addiction, does it not call for our attention?

When considering options to mitigate this plague we can look to approaches other than prohibition that have worked in American culture. Consider the automobile. Automobile fatalities peaked in the U.S. in 1972 at 54,589. No one called for the prohibition of automobiles. Recognizing the deep connection to automobile transportation in the national culture a combination of government, auto manufacturers and insurers, in varying degrees of willingness, introduced often innovative approaches to reduce crashes and the subsequent damage to life and limb. That list would include seat belts and seat belt laws, crash resistant glass, airbags, crumple-zoned front ends, promotion of the issue in “Unsafe At Any Speed” (Ralph Nader, 1965), highway surface improvements, improved road signage and striping, tire and suspension enhancements, anti-lock brakes, automatic braking, and improved vehicle chassis materials. Auto crash fatalities had decreased by one-third to 36,560 in 2018 despite a 15% increase in annual light vehicle sales during the period.

And we do have a comparison for a drug more addictive than any other and that was also deeply engrained in American culture – nicotine. Similar to the case against alcohol, the case against tobacco has a long history, is closely affiliated with religion, Christianity specifically, and dates to the late 16th century. Sir Francis Bacon discovered the addictive nature of tobacco in the 17th century and entire cities in Germany outlawed smoking in that time period. In modern times, anti-smoking campaigns began anew in the 1950s with the rediscovery of a causal link with lung cancer. The report of the Advisory Committee to the Surgeon General in 1964 that called for remedial action across society empowered Surgeon General Luther Terry to champion a multi-pronged approach that eventually included legislating the content of tobacco products, enforcing legal age restrictions, extraordinary State and federal taxes, smoke free zones including second hand smoke, and extensive media promotion of the scientifically proven deleterious and fatal effects of tobacco that included warning labels. Although there is a compelling argument for criminalizing smoking there is no traction in that direction. Yet a near national resolve to reduce the use and ill effects have reduced the percentage of smokers in the U.S. from 42% in 1965 to near 14% in 2017 with a commensurate reduction in deaths from smoking related illness.

Our society recognizes that certain things with known health consequences are deeply engrained in our society. We “get it” that they are not going to be banned, and perhaps should not be, but that there are steps we can take to reduce the damage.

To be certain, our collective consciousness recognizes the ill effects of alcohol and drugs. Our response, however, has not been effective. Choosing a war metaphor to engage a behavioral health problem was not a good start. We are losing that war. Similarly, the slogan, “Just Say No”, while certainly well intentioned, failed to recognize the underlying causes including thrill seeking, social pressure, and the stress that has seemed to increasingly grip the population. Finally, the war on drugs has turned into a war on drug users resulting in mass incarceration costing the nation $24 billion to incarcerate 1.2 million non-violent offenders and disproportionately impacting people of color. During this time the number of people with substance use disorder has not declined and level I narcotics have become more lethal.

The most successful approach to treatment has been the twelve step or self-help movement credited to Bill Wilson, a stock broker in New York, and Bob Smith, a physician in Akron. Building on the work of the Washingtonians and the Oxford Group, of which they were both members, Bill W. and Dr. Bob started Alcoholics Anonymous where today 1.5 million members choose among 115,000 meetings across the world. Similarly, Narcotics Anonymous reported 61,000 meetings world-wide in 2013. Lois Wilson and Ann S. are credited with founding Al-Anon for the families of alcoholics and today Nar-Anon exists for families of those who identify as addicts. As wonderful as AA, NA, Al-Anon, Nar-Anon et al have been for the substance use disorder community, it is estimated that in the U.S. today there are 27 million alcoholics and addicts, only 12% ever encounter treatment of any sort, and only 6% achieve one year of continuous recovery. The cost to the nation is estimated at $443 billion. We have a long way to go.

When the COVID-19 pandemic response and control is behind us, shall we gain resolve for addiction? If so, what can we do? The answers are many, not terribly complex, not necessarily costly, and widely shared. Among them:

These and other prescriptions can and should be done inexpensively. What is missing is the awareness and the will. What is implied is focus. We did it for automobiles, we did it for nicotine, we are doing it for COVID-19, let us go at addictions with the same resolve and the same attention. Too simple? Then why aren’t we doing it?

Above all, let us change the narrative. Let us not be Mencken’s puritans but let us recognize that alcohol and drugs and enjoyment are not synonymous. A 2017 study showed that 80% of movies depict alcohol use. In another fashion, the “stoner” movies depict marijuana as a harmless drug that makes one humorously lovable. This bi-directional messaging, movie makers think we want to see alcohol and marijuana in regular and harmless use and the audience learns that these drugs are cool, reinforces the
association between mind altering substances and everyday living. Is that the narrative we want? Thirty percent of Americans do not drink alcohol, only 15-20% use marijuana, very few use schedule I drugs. That makes moderate to no drug use the norm not the “holier than thou” exception.

Above all, let us promote hope. Treatment works. Millions of Americans with substance use disorder lead lives of recovery employed, loving, some married, parenting, church members, and active citizens. Let’s tell everyone – addiction is a disease, it is OK to admit that, treatment works, recovery is possible, recovery is joyous.

Add your thoughts about The Age Old Plague Continues by submitting your comments in the reply box below. All comments are moderated prior to being posted on the web site. Thank you.

Your support is greatly needed and equally as appreciated. Use the button below to contribute financially to PAR via PayPal. PAR is a 501(c)3 nonprofit organization. Federal Tax ID# 20-1664735 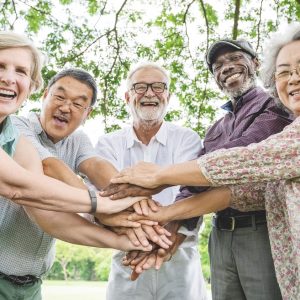 Old Timers For A Change 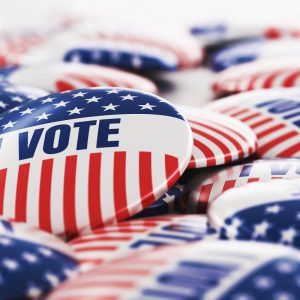 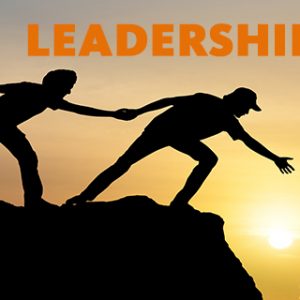 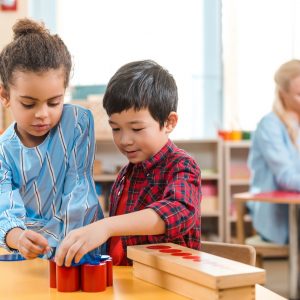 Advice For The First Day Of Kindergarten 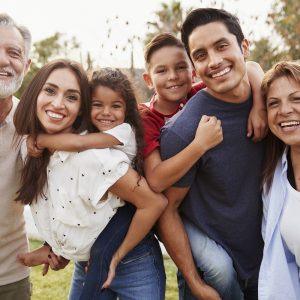 Twelve Ideas for Helping a Loved One with Addiction 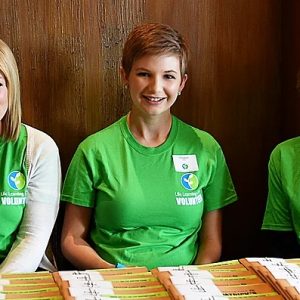 The Michael E. Townsend Leadership Academy is an opportunity for those who wish to become leaders throughout Kentucky in the field of substance abuse/recovery and mental health to collaborate and further enhance their skills.

Since 2005, participants in the Leadership Academy have been challenged to grow both individually and professionally. The larger outcome of the Leadership Academy Challenge Projects has been widespread influence throughout law enforcement, prevention, recovery and treatment arenas, and many of the results of these Challenge Projects have continued to be widely used today.